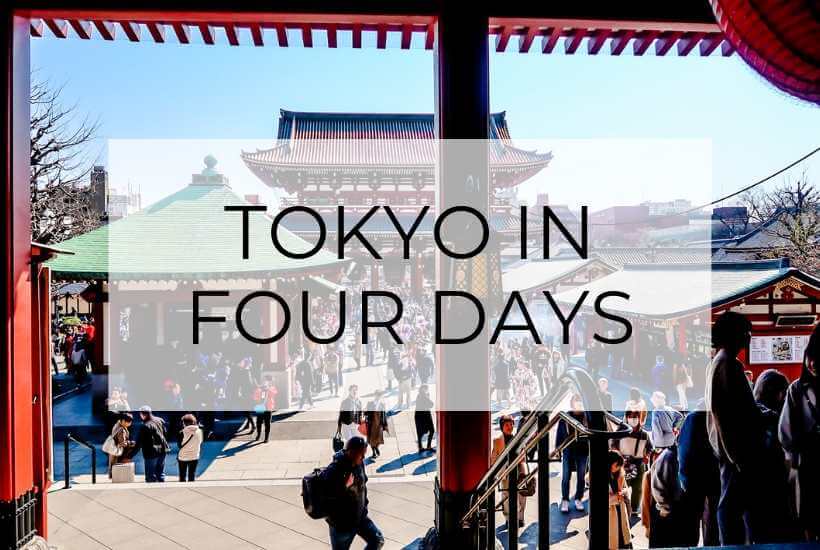 Tokyo is a city on the bucket list of many travelers today. Known for its massive population, awesome food scene, high-end technology, and colorful temples, there is little wander why. Keep reading for your ultimate Tokyo itinerary: 4 days of exploring this incredible city.

The history of Tokyo began around 400 years ago, when the Tokugawa Shogunate was established there. The city was known as Edo during this time, and became the center of poltics and culture for the country while the shogunate held true power. In 1868, the Imperial army seized the city and exiled the shogunate. The capital of Japan was then moved from Kyoto to Edo, and the city was renamed Tokyo the “eastern capital”.

This began what was known as the “Meiji Era”, named after the the 16-year old emperor who came to power in the city. Emperor Meiji was focused on modernizing and westernizing the country, and because of his efforts, Japan changed from an isolated feudal country to an emerging world power. This era lasted until the early 1900’s, and is marked by education reform, dedicated city planning, and the construction of museums and parks. The Kanto earthquake that hit in 1923 marks the end of this period, with the city facing great destruction and civil strife.

The Showa Period (1926 – 1989), really begins with the start of WWII. Tokyo was the first city to be bombed in Japan during the war, and was bombed repeatedly over the course of the war. At the end of the war, Tokyo went through a major reconstruction, and actually was supported by some relocated US citizens. Something that I found interesting about this is that the relocated Americans built a whole area in the city called “Washington Park” which featured American-style homes and cars. (Why they could live as locals is beyond me – but, of course, not completely surprising).

Tokyo was the home of the 1964 Olympics, which helped the country shed the negative image received during WWII. Since that time the city has gone through periods of growth and stagnation, but today is known as the largest metropolitan economy in the world. In addition, it is the largest metropolitan area by population – with a staggering number of 38 million people living in the area. It is known as a major global financial center, and is renowned for its contributions to the electronics and transportation industries.

For more on the history of Tokyo, click this link.

Know Before You Go | Tokyo

Getting There: Tokyo is a major transportation hub and if you’re visiting from outside of the country, you’re likely to visit via one of the following airports:

Interesting Fact: Since WWII, flights have been prohibited from flying over the city. This is the reason why the airports are all located outside of the city.

If your journey to Japan does not start with Tokyo, you may also get to the city via train. Japan has an extensive railway network with numerous stations – if you’re entering from outside the city, you may start at one of the following stations:

Depending on how long you are staying in the country / how many destinations you plan to visit, you may want to consider purchasing the JR Pass. Click here to learn more about traveling by train in Japan.

Where to Stay: If you haven’t been able to tell from what I’ve written so far, Japan is HUGE! To help you narrow it down, there are a few areas you may consider staying in during your visit:

If you have a big party, check out the Airbnb linked in the image below. We stayed here during our visit, and you really couldn’t beat the price or location.

For an affordable stay option for a smaller group, the Shinjuku Grabell Hotel is another great choice. 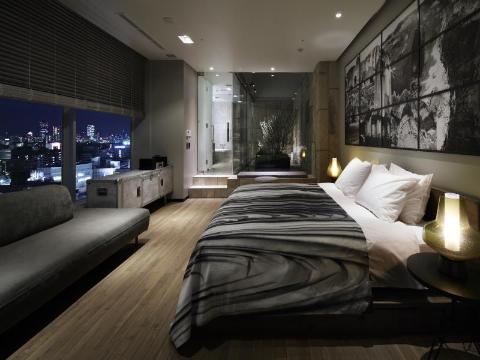 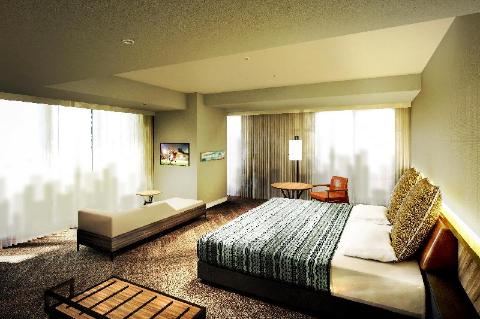 Book the Shibuya Stream Excel Hotel Tokyo for your stay in Shibuya! 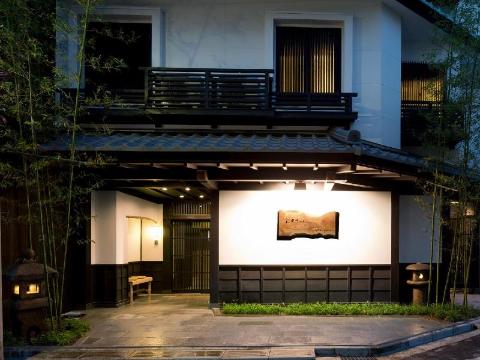 Book your stay at the Edo Sakura now!

Getting Around: Tokyo has a very extensive metro system, and you just need to buy the IC Card in order to travel this network of trains as well as any metro in the whole country! You can purchase your IC Card at nearly any station that you use in the city.

Click here to view a map of the Tokyo metro system!

When to Go: If you are from the Northern Hemisphere, you are likely very familiar with the seasons in Tokyo. I recommend visiting the city during the season that you like the most. One season that it pretty popular is the spring, for viewing of the Japanese cherry blossums. If you want to avoid extreme heat or cold, consider traveling from March – May or from September – November.

Language Considerations: The official language of Japan is – you guessed it – Japanese. English is not as widely spoken here as in some other tourist-friendly countries, so it is helpful to learn a few basic phrases while visiting. Click here for a list of Japanese phrases to know before your trip!

Money Situation: At the time of writing this post, the exchange rate from USD to Japanese yen was $1 = 109.95¥. For the latest exchange rates, click here.

Health: You are pretty unlikely to get the dreaded “Traveler’s Tummy” while here as Tokyo is an extremely clean city, and that fact applies to the water cleanliness as well. You should have no fear in drinking the local tap water.

The Itinerary | 4 Days in Tokyo

Note, this itinerary is broken up be neighborhood due to the sprawl of the city. To help you navigate your surroundings best, check out the map right below day 4 of the itinerary.

I’ve mentioned in several of my travel guides that taking a walking tour of the city is a great way to get a feel for things. Since Tokyo is so big, it’s kinda impossible to do one of the whole city, but you can do them across a neighborhood or two.

For your first day in Tokyo, I recommend starting by seeing the Shibuya neighborhood. We took the Meiji Jingu & Harajuku Free Walking Tour on our first day in the city and had a great time. This tour will take you to the following sites:

Once the tour ends, I recommend spending some additional time in the Yoyogi Park for a nice stroll or going through the Ota Memorial Museum.

Eat / Drink: As your energy starts to wane, head over to the Reissue Cafe. This cafe is known for cool 3D foam art, and is really worth a visit, if nothing for some delicious coffee and tea. There are plenty of old records and music in the cafe too, making for a really unique vibe.

Subway Stop: You can access both the Shibuya and Harajuku neighborhoods from the Meiji Jingumae Station.

Eat/Drink: For some excellent sushi for dinner, I recommend visiting Sushizanmai in Shibuya (it’s a chain so there are several destinations throughout the city). Despite being a chain, I had some of the best sushi EVER here. If you do stop here, try the Anchovy sushi – it may not sound like much, but it was my favorite!

After dinner, head over to the Roppongi district for Karaoke! (What’s a trip to Japan without at least one round? :)) We spent our evening at the SHiDAX Roppongi Club, but there are plenty of options to choose from in the area!

Start your morning off in Chiyoda with a visit to the Tokyo Imperial Palace, the main residence of Japan’s Emperor and family. Once the seat of the Tokugawa Shogunate, it became the home of the imperial family during the Meiji Era. The site is very tranquil and serene, and totally free to enter!

Next, head over to the Senso-Ji Temple in the Asakusa district – probably the most famous shrine in the city. There are plenty of souvenir shops that line the entryway to the temple, making it the perfect place to purchase souvenirs for friends and family.

Access the Temple via the Asakusa Station subway stop.

You should hang around the Asakusa district for a bit after your temple visit to grab some food / shop a bit at the stores that are scattered throughout Askausa. Unfortunately, I cannot remember the name of the restuarant we visited there (the title was in Japanese characters), but the image below gives you an idea of what to expect for the quality of food in the area. Happy food hunting :).

Depending on how early you started your day, you may want to check out the Mario Street Kart experience. This allows you to dress as your favorite video game character and drive through the city streets in a little cart. I did’t get a chance to do this, but my friends loved it!

For sweeping views of the city, check out Tokyo Skytree. I recommend doing all that you can to avoid the long lines, and you can purchase a Skip-The-Line tour here, so you don’t have to worry about anything but enjoying the city views. Head over to this attraction in the evening for fabulous views of the sunset.

Get tickets for Tokyo Skytree here!

For your third day in the city, I recommended heading down to the Odaiba district. It’s probably a ways out from where you’ll be staying, but it’s the perfect place to spend a morning or afternoon. Attractions in this area of town include the following:

There are a few ways to get out to Odaiba, but I recommend traveling via the elevated Yurikamome train. This train brings you into Odaiba over the Rainbow Bridge, and provides great views of the city.

For a unique dining experience, Ninja Akasaka Experience may be something that you want to check out. Entry requires using a secret entrance (don’t worry a ninja will lead you in), and you’ll then be seated in a private area. The food here is wonderful, despite the accompanying magic show being just a little cheesy :).

For a delicious and fast breakfast, I recommend starting your day at Mr. Donut in Shinjuku. I’m not a donut person, but I found the ones here to be perfect – great variety of flavors and not too sweet.

Head over to the Tokyo Metropolitan Government Building in the afternoon for a free observation deck of Tokyo and beyond. You can even see sights such as Mount Fuji on days with clear weather.

Access the Shinjuku neighborhood via the Tocho-mae or Shinjuku subway stations.

Once done with visiting the tower, I recommend spending the rest of your last day in the city on shopping! A few of the best areas in the city to make this happen include:

To help you get your bearings in the city, here is a map of all the neighborhoods in Tokyo. As you can see, there are many neighborhoods shown here that are not covered in this itinerary. If you find yourself having a few additional days in the city, I highly recommend that you check them out!

That wraps this Tokyo Itinerary: 4 Days in the world’s largest metro. In summary, I’d like to close with a few final tips for visiting Tokyo / Japan:

Note, if you’re looking for places to explore nearby, check out this post on the Best Day Trips from Tokyo! 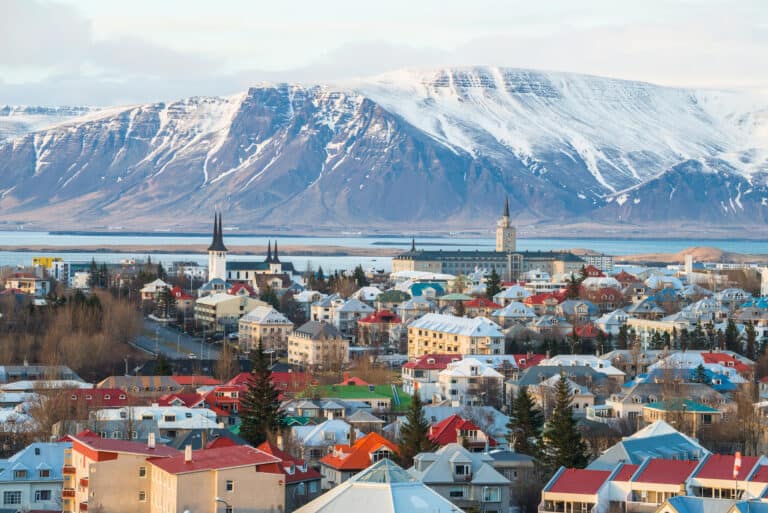 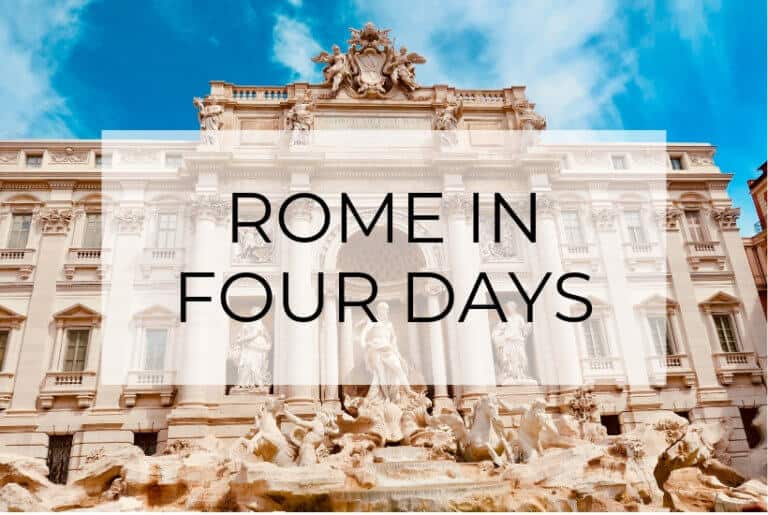 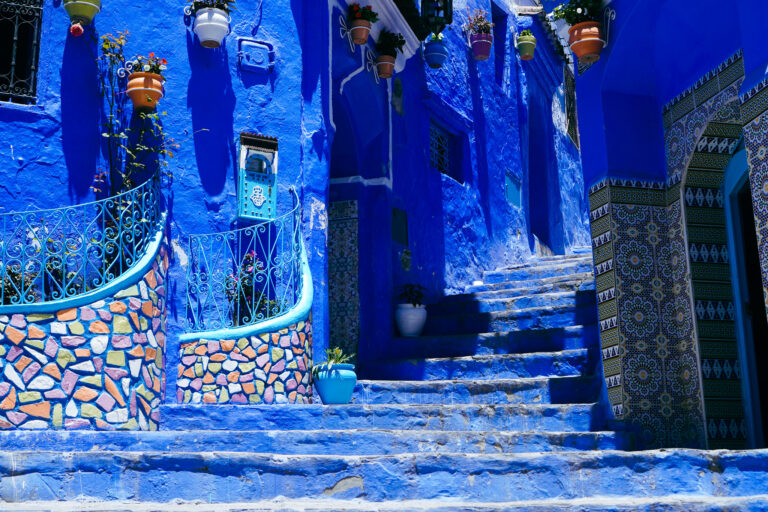 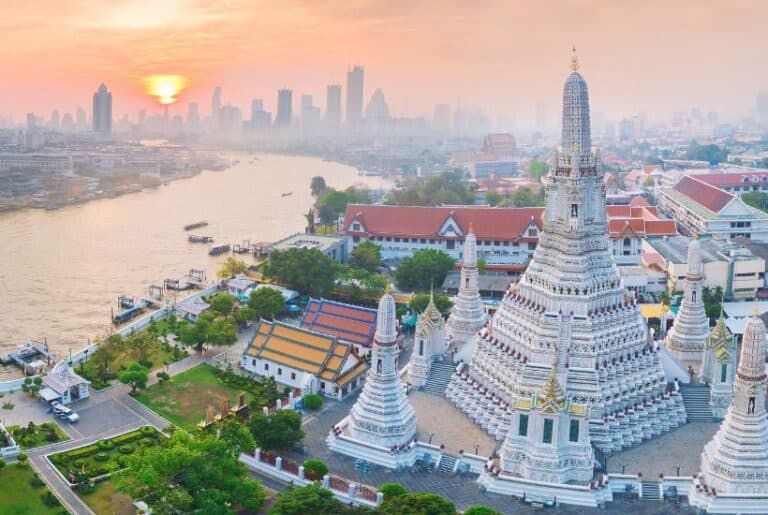 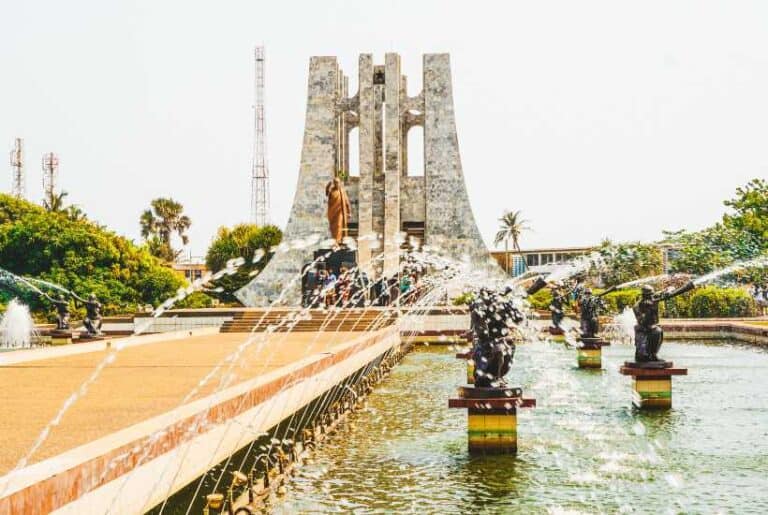 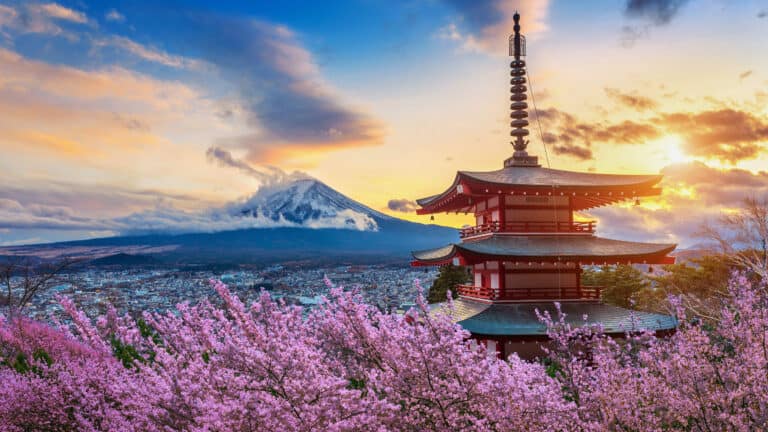 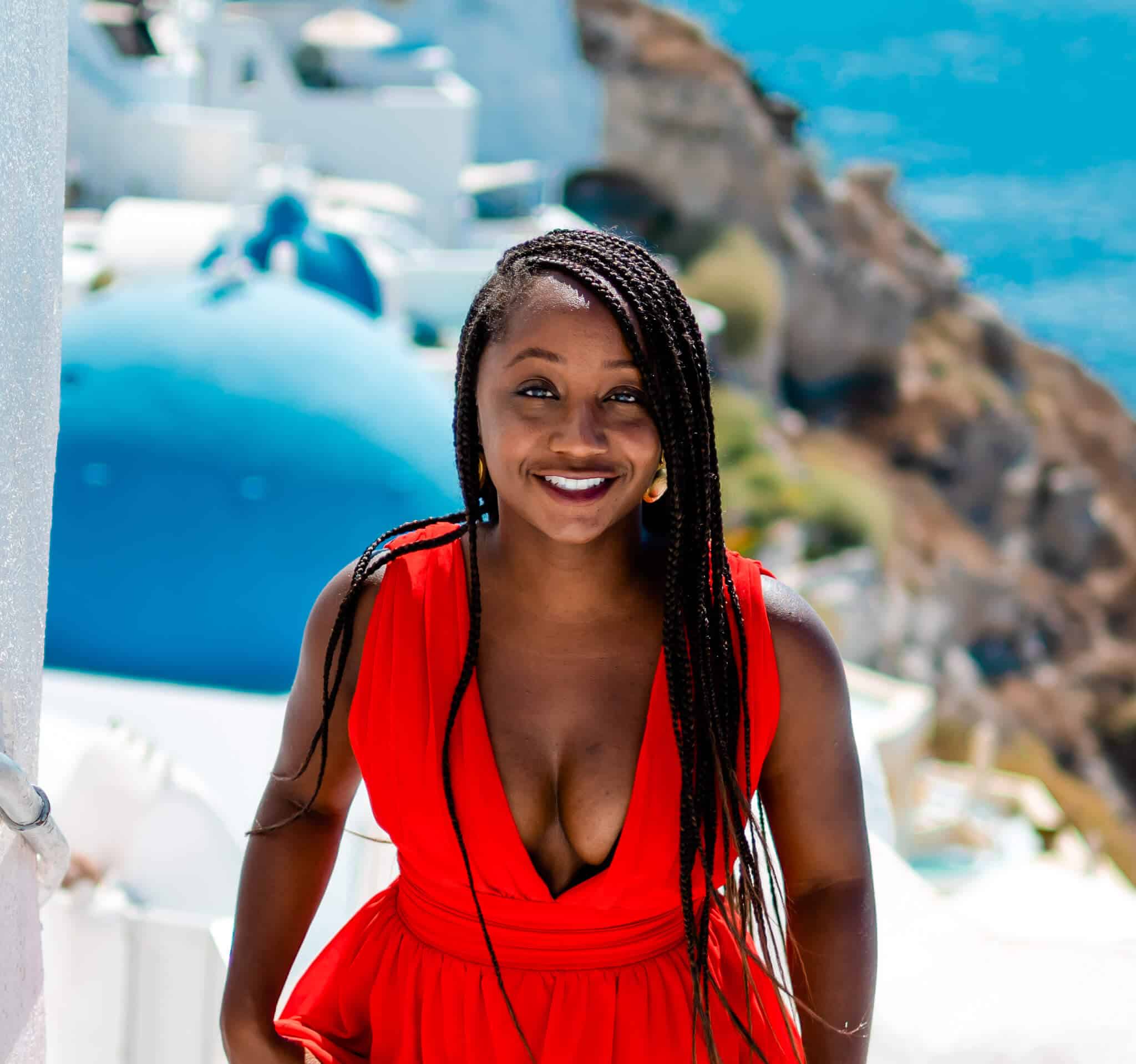